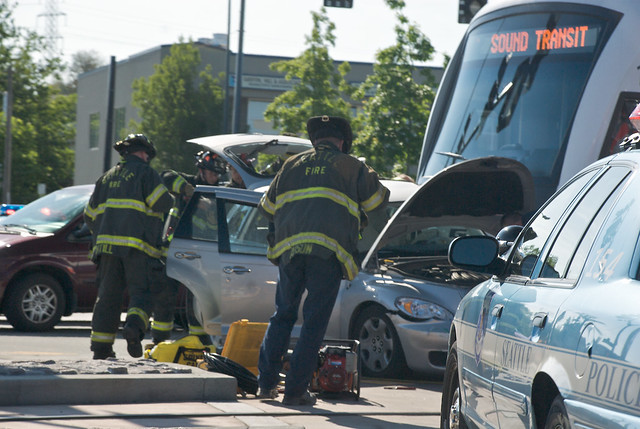 Disgraced former Detroit mayor, Kwame Kilpatrick, is claiming he can only afford $6 a month to pay back Detroit a million dollars for costing the city millions of dollars when he fired three honorable police officers to hide his affair with Christine Beatty and lied in court about the whole thing.

He can only pay $6 a month because he is living the high and mighty lifestyle he was used to while being the “Hip Hop Mayor,” instead of being the “Trustworthy Mayor” he should have been.

He was ordered to pay $6,000 a month and now he is claiming he can’t afford it on his $10,000 a month salary. Cry me a river. Guess what Kilpatrick, that payment is like any other bill so you have to factor that into your budget. I know when you were mayor you used the city’s coffers to live like a rap star and pay for your “posse” to live the same lifestyle, but you don’t have the unlimited credit cards now.

If he violates the court order, through him in jail.

One of Kilpatrick’s lawyers has been quoted in various media saying:

“I don’t think he was ordered to live a more modest lifestyle.”  And: “Is it better Mr. Kilpatrick drives a beat-up Yugo?”

Can you believe the arrogance of Kilpatrick and his people? actually, seeing how King Kwame abused his power, fooled around on his wife, spent city money like it was his own and trampled anyone who got in his way, I can believe it.

He acted as the Lord of Detroit and Detroiters were his personal serfs.

According to a Detroit Free Press report, Kilpatrick spends $2,700 a month on rent and $900 on an Escalade lease. What a joke. Yes, he should be driving a beat up Yugo if it means he lives up to his legal obligations.

This is another Kilpatrick tactic to try to get sympathy. Poor Kwame, he can barely afford his expensive home and luxurious SUV because of the mean court system that had the nerve to hold him accountable for his actions.

Nothing is ever his fault. It’s the white people in the suburbs or the media or the governor. In his mind, he deserves to live “above” the common people and “how dare the legal system deny him a lavish living” even though he screwed the city for years. Actually, he thinks he did a great job as mayor. That is very sad.

Claiming he can only afford $6 a month is a spit in the face of Detroit. He doesn’t care about the city or its people. He never has and never will. Kilpatrick only cares about “King Kwame” and his image.

When he was released from jail, I said he should have the chance to work and I hoped he really woke up and would try to live up to his promises of making Detroit a better place.

Boy, I was really wrong. He just doesn’t get it, and I fear, he never will.

Until next time, enjoy Michigan and think of ways Detroit can spend that $6 a month.